I was a naive prospective college student with big dreams and no clue when I walked toward the TV studios in the basement of a Beacon Hill building and saw a note on the door saying the class I was supposed to sit in on was cancelled.

Sitting in on this class was supposed to help me decide if I should attend Emerson College or not – how would I make that decision now?

I chatted with the manager of the student TV studios for a bit, then he sent me across campus in search of Pete.

Who was Pete? I didn’t know, but I was told that I needed to find him, so I set off on the path criss-crossing the Boston Common to a building on Boylston Street.

As I entered the building, it turns out I saw Pete, standing outside smoking a cigarette. But I didn’t know who he was then, and I had no idea how that man would soon confirm that Emerson was indeed where I was meant to be, and that my time there – and time spent in his presence – would influence my entire life. 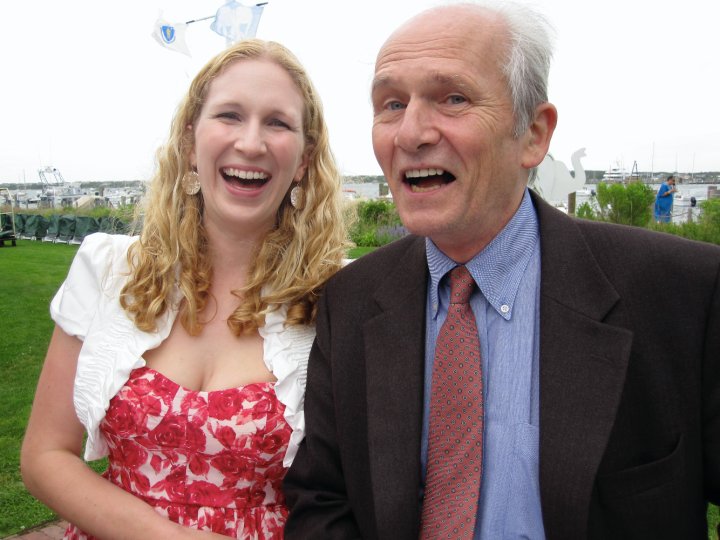 Eventually, Pete took the elevator back upstairs and chatted with me, as he did so many prospective students. A few years later, when I worked as a tour guide for the admissions office, I got to see from a different perspective how he was the perfect litmus test for potential students – either making them realize right away that they absolutely had to attend Emerson or instantly scaring them away.

Obviously, I was in the former camp, and several months after my first encounter with Pete, I was officially an Emerson student – a TV/Video major with a dream of working in sports television. Breaking into this field is a challenge for anybody, but even more so as a woman.

But he didn’t discourage me, he just wanted me to be prepared for what I would face in a male-dominated industry. So he prepared me.

He nudged me into researching powerful and successful women working in entertainment, then encouraged me to reach out to these women and interview them. Soon this small project turned into a documentary, involving many other students, mostly women, in all aspects of production.

Not only were we able to ask questions of the women whose footsteps we wanted to follow in, but we also honed our technical skills as videographers, audio engineers, editors, and producers.

By the time I graduated Emerson, I had produced, directed, shot, and edited a documentary that made me understand what working in this industry would be like and that I was capable of doing it.

Because of Pete, I both believed that I belonged – and I had the skills to prove it. 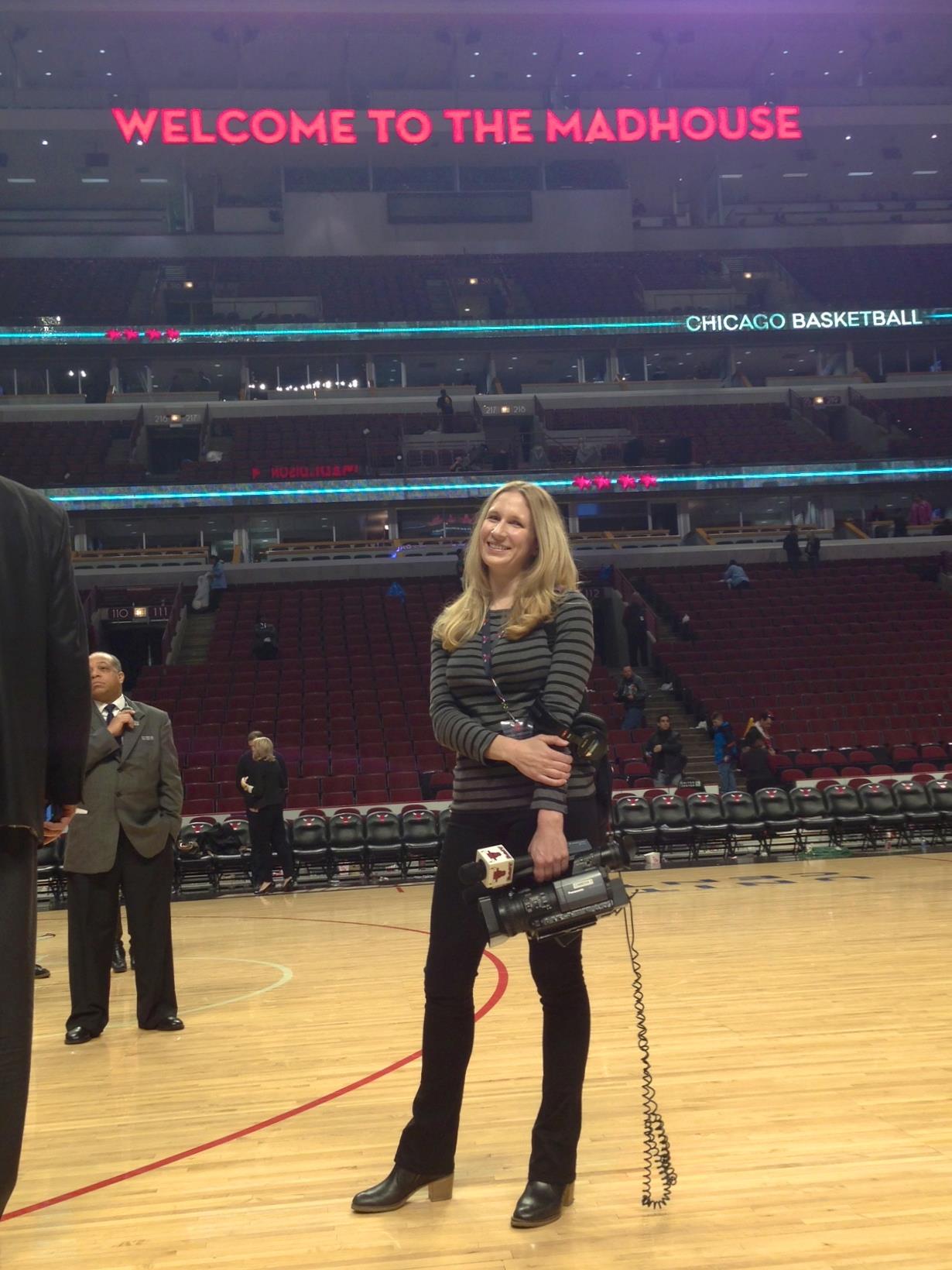 I eventually achieved my dream, working as a sports camera operator, shooting everything from snowboarding to soccer, from shooting the Red Sox at Fenway on top of the Green Monster to shooting the Celtics under the basket on the parquet floor of the Garden. I even capped off my sports camera career by working for the Chicago Bulls for six seasons, experiencing things that the teenage me who once stood intimidated in front of Pete could never have imagined would become reality.

Over the past few years, as I’ve moved away from TV production, I thought I was moving away from what Pete taught me, but it turns out I was moving closer. I’ve stepped into the role of guiding others, especially women. And though I might be teaching these women how to set up a tent instead of how to set up a camera, the point is that women belong – on the trail or behind the camera.

Even though what I’m doing now is different than what I ever envisioned when I was at Emerson, I continue to create with a purpose that was instilled in me way back in those halls.

My mission is to pass on what Pete taught me, especially to other women – if you have the passion, the confidence, and the skills, you can do anything you dream of. Women belong wherever we want to be. 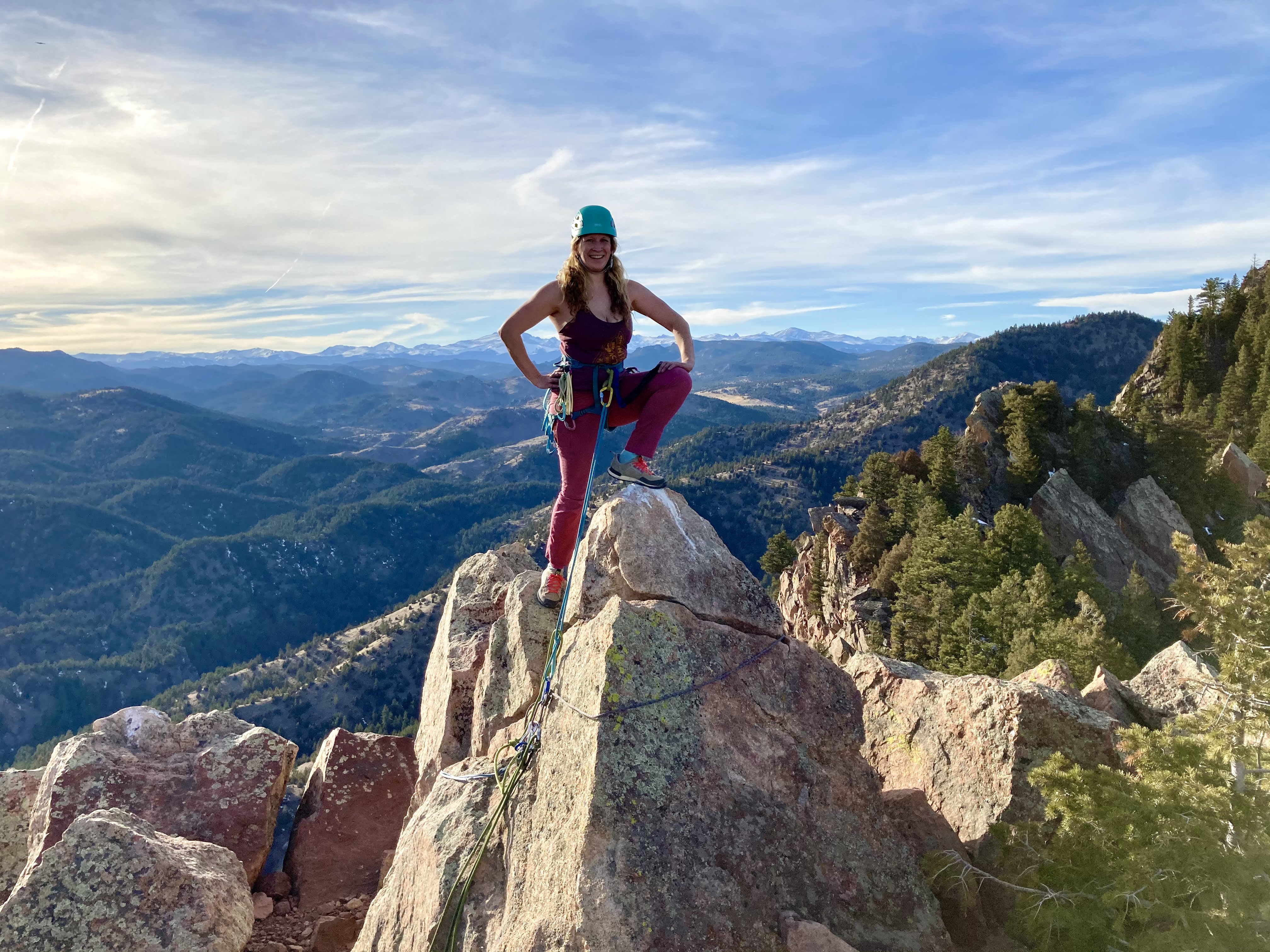 “So dawn goes down to day/ Nothing gold can stay

Climbing is my jam! 🧗‍♀️And I found so ma

Each year, #globalclimbingday is a reminder of how

Can’t really remember the last time I was in NYC

There has been a problem with your Instagram Feed.
Love & Inspiration

She Dreams of Alpine

Break through your photo plateau with Beta for Better Climbing Photos!