Beacons of Badassery is an interview series shining light on strong women.

After spending most of my life trying to prove that I’m strong enough to be one of the guys, I’ve realized that instead of trying so hard to fit a certain expectation, we should be redefining what it actually means to be strong.

These women are doing just that.

I first discovered Abigail Wise through a retweet. She is the managing editor of Outside magazine, and she had shared a mic-drop moment by Erin Berger (we’ll get to that in a minute) which was retweeted by another awesome lady I follow, Blair Braverman. I immediately followed Abigail – and realized she is a serious badass, and a wonderful advocate for women in the outdoors.

Outside recently published a survey about sexism in the outdoors, and your colleague, Erin Berger, wrote an epic response to those who “don’t care” about sexism. How is Outside working to represent women and people of color and diversify the outdoors?

This is something we think about all the time. Most recently, we have been focusing on more women’s coverage, across the board, including in the gear realm (I run the XX Factor column!). We are also consciously and constantly seeking more writers of color and female writers to help bring more voices into the mix. As a brand, we are continuing to tell great stories that tackle tough but important issues, such as racism in resort towns and sexual harassment. We know it’s a work in progress, but we are working hard.

What is your definition of strong? How has it changed through your own outdoor adventures, as well as through covering women in the outdoors for different publications?

Strong is such a funny word because it is constantly evolving for me. Five years ago, I thought anyone who could run farther than a few miles or rock climb or reach a summit was strong. After working in this industry alongside so many amazing elite athletes (including some on staff—you should see some of my coworkers ski, climb, run, and bike!), it’s easy to feel deflated when you compare yourself to some of them, BUT I’m actively working to change my perspective. I remind myself on a daily basis that strong is about trying hard and pushing yourself, and that goes for people of all athletic abilities. I want to climb a 5.12 in 2018. Would that be “strong” to a pro? Of course not, but for someone who struggled for years to reach 11s, a 12 sounds pretty damn good to me.

There’s also the mental aspect of strong. Especially in the wake of the #metoo movement, I am in awe of the strong advocates speaking out on behalf of themselves and on behalf of women as a whole. We work and play in such a male-dominated industry that it takes great emotional and mental strength to tackle issues of harassment and assault, especially as a victim, but also as an advocate. Women standing up for other women are my greatest heroes. They are the epitome of strong.

You co-founded “Adventures in Wikipedia” to help combat the huge disparity in Wikipedia coverage of women versus men in the outdoors. Why is this so important? And how can people help this cause?

Wikipedia editors are primarily men, and because they are ultimately the ones who decide which pages are approved, there is a major gender gap on the digital encyclopedia. Co-founder Kassondra Cloos and I launched Adventures in Wiki to help close that gap. By teaching others to edit and add pages (a process that is far harder than I anticipated!) and hosting editathons, we are slowly giving women in our world the recognition they have long deserved. When you Google a name, Wiki is often one of the first sites to pop up in your search results, and so many women of the outdoors (and women in general) are still missing! Kass put it best when she once said that we are literally trying to rewrite history.

Since its launch, we’ve helped other friends and colleagues start their own versions for women in Colorado history and women in tech. We hope to keep doing this, so if you’re interested in hosting your own editathon, please reach out! I’d love to help you get started. We also plan to host more in the future, and plan to hold them in cities outside of Boulder, where we started Adventures in Wiki. Keep an eye on our site for upcoming opportunities! 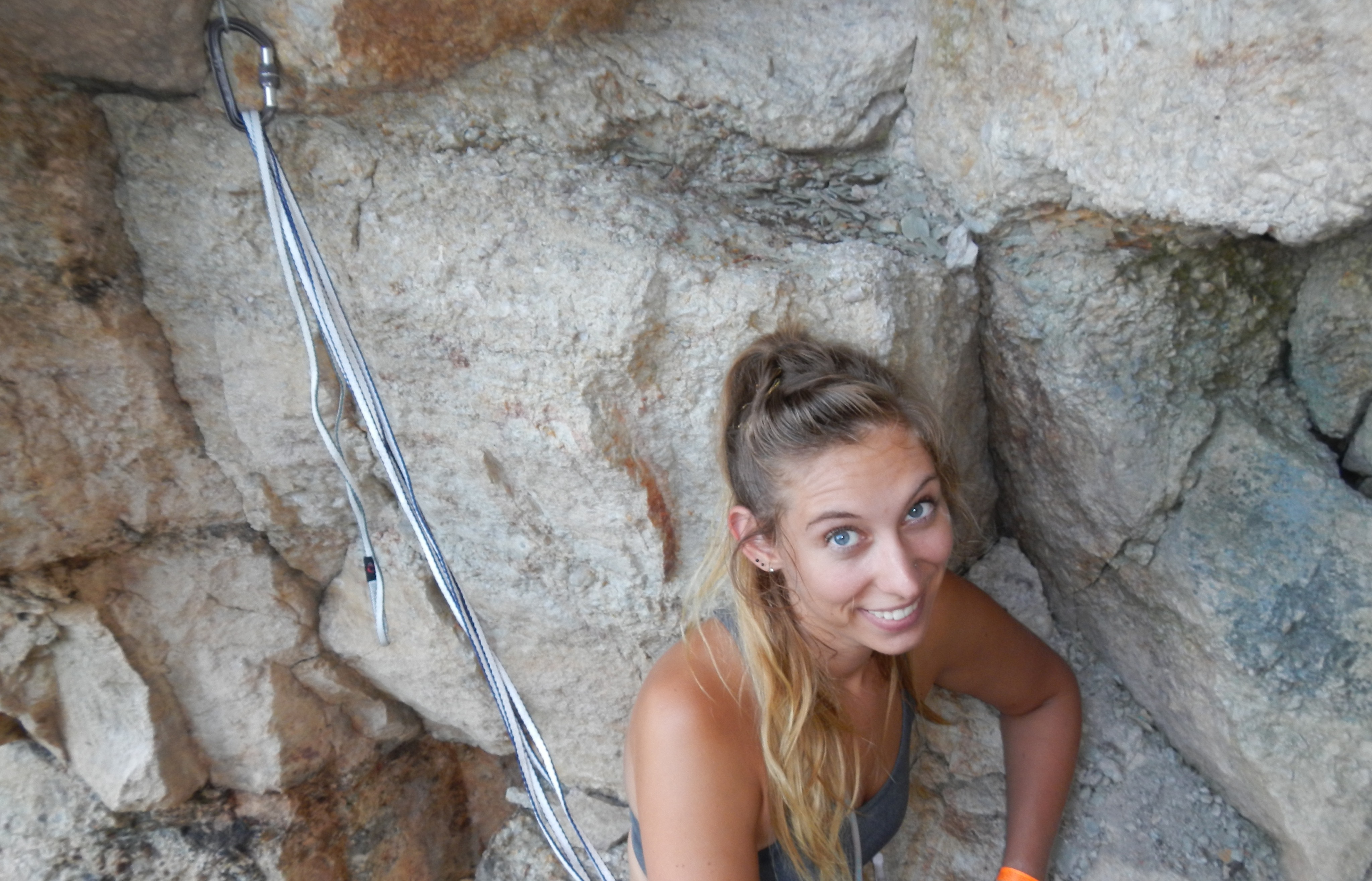 Who are some outdoor women who most inspire you and why?

Oh gosh. How much time do we have? Let me list a few:

My trail running coach Megan Roche: She is the reason I love running (a sport I used to hate). Her relentlessly positive attitude is contagious and makes the world a better place.

Katie Boué: Over the years, I’ve watched her mature into one of our generation’s strongest public lands and outdoor advocates. She fights the good fight every single day.

Blair Braverman: Blair’s passion for wilderness and her dogsled team is beyond inspiring. We talked about strong before—this woman can run a truckload of dogs through insanely cold temperatures with a gigantic smile on her face. She is a talented writer and one of the kindest humans I know.

Rachel Walker: I met Rachel when we decided to run Javelina together over the summer. Over 41 miles, I got to know her and was blown away by what a strong athlete, writer, mother, and friend she is. She’s my role model in so many ways.

Is it too cliche to include my mom? My mom raised me to pursue my passions and taught me that hard work will get you just about anywhere.

And even though he’s not a woman, I want to add Shannon Davis to this list. Shannon is a mentor and former boss of mine. He’s a great editor, the most patient climbing teacher in the world, and generous beyond words. He respects and advocates for women in a way I wish others would. I think, when we’re having conversations like this, it’s important to remember that many men support us, too.

You started the “Go Rogue” series at Huffington Post, which “explore{s} how outdoor sports make us healthier, happier and full of adventure.” Have you always been outdoorsy? How has it influenced your life?

Ha! I did do that a long time ago. I was a fellow at the HuffPost and working on the Healthy Living team at the time. Launching that column was completely selfish in that I was creating an outlet for me to write about the outdoors.

I used to camp and canoe as a kid, but for much of my teen and young adult years, I was far from outdoorsy. It wasn’t until my best friend Marcus taught me to climb right after college that I really embraced the outdoor rec world.

It has absolutely influenced my life! I have met some of my closest friends playing outside. Most of my personal goals revolve around achievements in the outdoors. I work for Outside magazine! Falling in love with the mountains and woods and desert has shaped my personal and professional life completely. 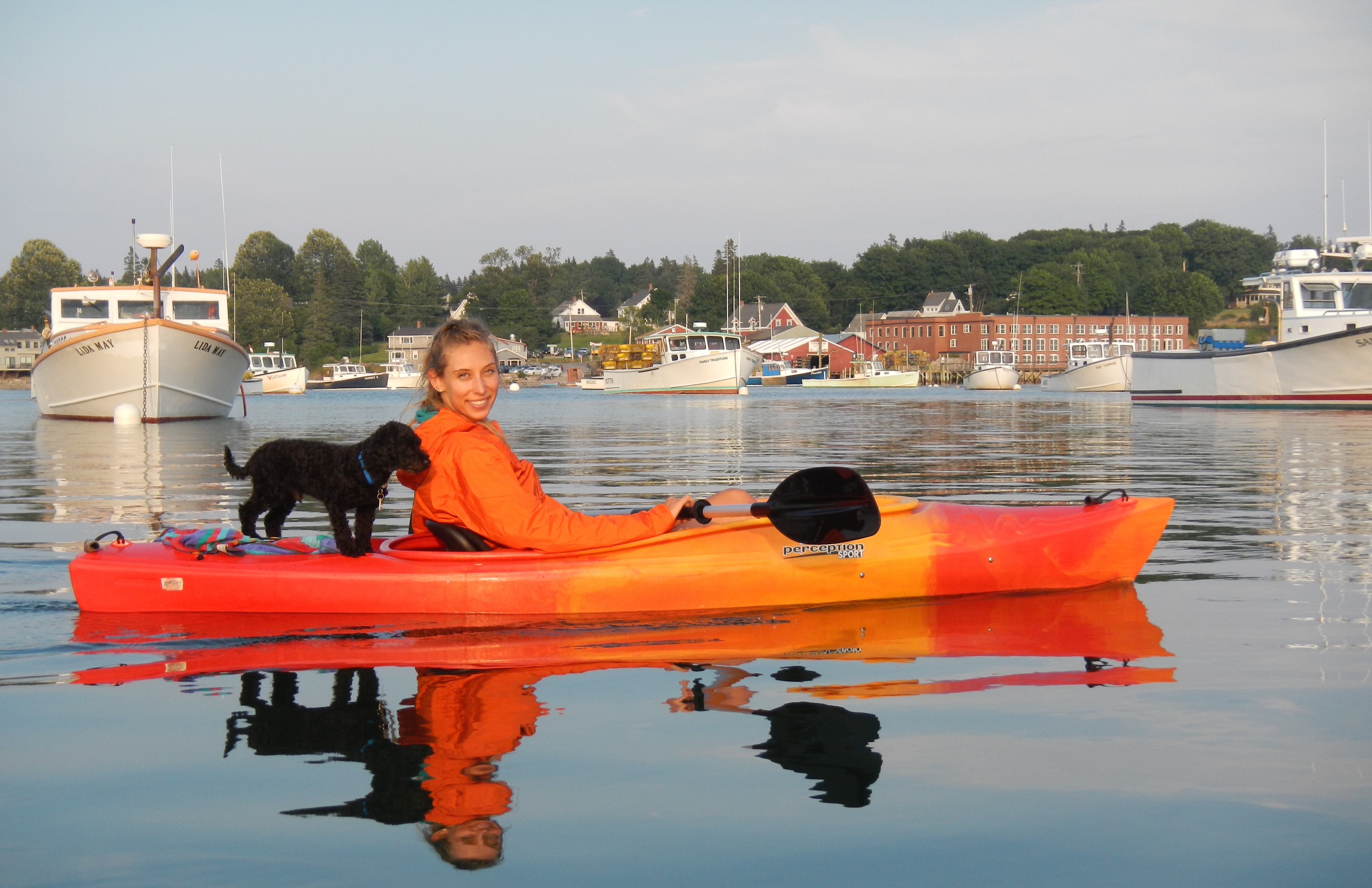 About five years ago, my best friend and I went on this epic kayaking mission down a tiny river in New Hampshire. We paddled for three or four days, camping and fishing along the way. We got stuck in mud, nearly froze at night, and when we got to the end of the river, we realized we had no way to get back upstream to our van. (Dumb, I know!) We walked and hitch-hiked the whole way back. I love telling this story because, although embarrassing, it shows that you don’t have to be an expert to have a good time and that every adventure is a learning experience.

Thanks, Abigail, for being a badass – and for championing other badasses!

Check out Abigail’s work at Outside – and follow her on Twitter, because she’s one of the best reasons to be on there!

Pete Chvany passed away this week, and he shaped m

Portraits of a permagumby who just pushed herself

This town is definitely where my heart is. 💛 #h

Turns out you can find shade at North Table if you

I’ve always been picky about my belayers. For a

Break through your photo plateau with Beta for Better Climbing Photos!
Inspiration